The organizers of Project Nights need your help! Grouping people for team projects is a manual task. Why do it manually, when we can automate it?

Is this project for you

Before you progress further, let's check if we are ready to solve this. You should

Short url for this page: https://git.io/vdv43

Can command line applications be cool

You bet! Checkout this PyCon 2017 video on which this project is based 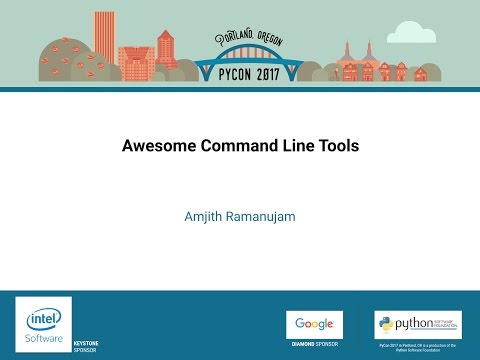 The slides are available here.

What is a Team Project

Glad you asked! A team project is an hour long problem solving session where each team consists of four members of different expertise level. The teams are formed from the list of attendees of the project night.

Our objective is to build an awesome command line application in Python3 that - allows creating list of people who want to participate in a team project - once the list is created, the program automatically creates teams of four

To keep the team composition balanced in terms of experience, we want every team to have two members with more experience than the other two. Measuring experience is very subjective and difficult, but we will keep it simple. We will rely on a (not very scientific) metic - lines of code written till date.

We will create a list by taking names of people from tonight's RSVP list. Along with their name we will also include the number of lines of code that person has written till date in Python or an equivalent language. Imagine this as a tool that one of the organizers uses to checkin attendees as they start coming in on the day of Project Night.

And yeah, this number of lines can be just a rough estimate. As a reference, the linux kernel is over 23 million lines of code!

Here you will find the basic skeleton of the app under app.py. (after September 21, 2017)

If you are using Linux or OS X, run the following to create a new virtualenv

On Windows, run the following

Next let's get started by looking into the code.

app.py is the script contains some code to get you started. We will be using two external libraries for this program.

execute function is where you would be writing your application logic.

This should drop you to a prompt.

Type in something to that prompt.

You can now press the up arrow key and access the history of the commands you have issued. To exit out of the program, you can type Ctrl-D.

Next let's create a command where the user of the program can register new participants to build up the list of users from whom teams will be formed.

You might be asking what if the user incorrectly types something that is not a number for the number of lines. Indeed that would be incorrect. Show an error message if

Are there other error conditions that can arise?

Next add a new command list. Show the number of people added and prints the total count and the median of the line count.

Your output need not be exactly the same, but should show the correct data. The Median line count will be used in the next features. Hint: Python3 has the statistics module, so you can use

The next command we will implement is teams command. Let's say you have added a few people already and know what the median line count is for the people you have added so far. On issuing the teams command it should output teams of four such that each team contains - 2 person who have written less than the median lines of code - 2 person who has written more than written more than median

If there are less the four people left to group, then group them together.

With our running example, there would be a team of four, and the remaining 1 should be in another group.

Make up random room names and add a room name for each team.

Print the teams sorted with the average number of lines of code for each team.

Adding auto completion is easy with prompt_toolkit. In app.py the following line is used to include the add command to auto-completion.

Typing in names of the attendees of project night would be time consuming and error prone. Let's add auto-completion magic to it!

The funcion get_names uses meetup-api and returns a list of names for the attendees. All you need to do is include a call to get_names in the command_completer.

Feature 9. Tell the world (optional, OS X or Linux only)

We have also installed asciinema - a tool that allows you to create recordings of your terminal sessions. In order to tell the world what your team has made, let's make a small recording.

Run your program and show off all the cool features you have built in your app. To finish recording hit Ctrl-D. Next play the recordings

Once the playback looks good, upload it to the interwebs.

Finally, tweet the link to @chicagopython with "Python Project Night Mentorship". Include the twitter handles of your team members.

Note: This is tested only in OS X. Let me know your experience for running it on other operating systems. If you see an error

the run the following command before running asciinema.

Thanks! Thats all folks! If you found a bug or think you some instructions are missing - just open a issue in this repository.